The Missing Metric in PLG - Speed to Initial Evidence (SpIE) 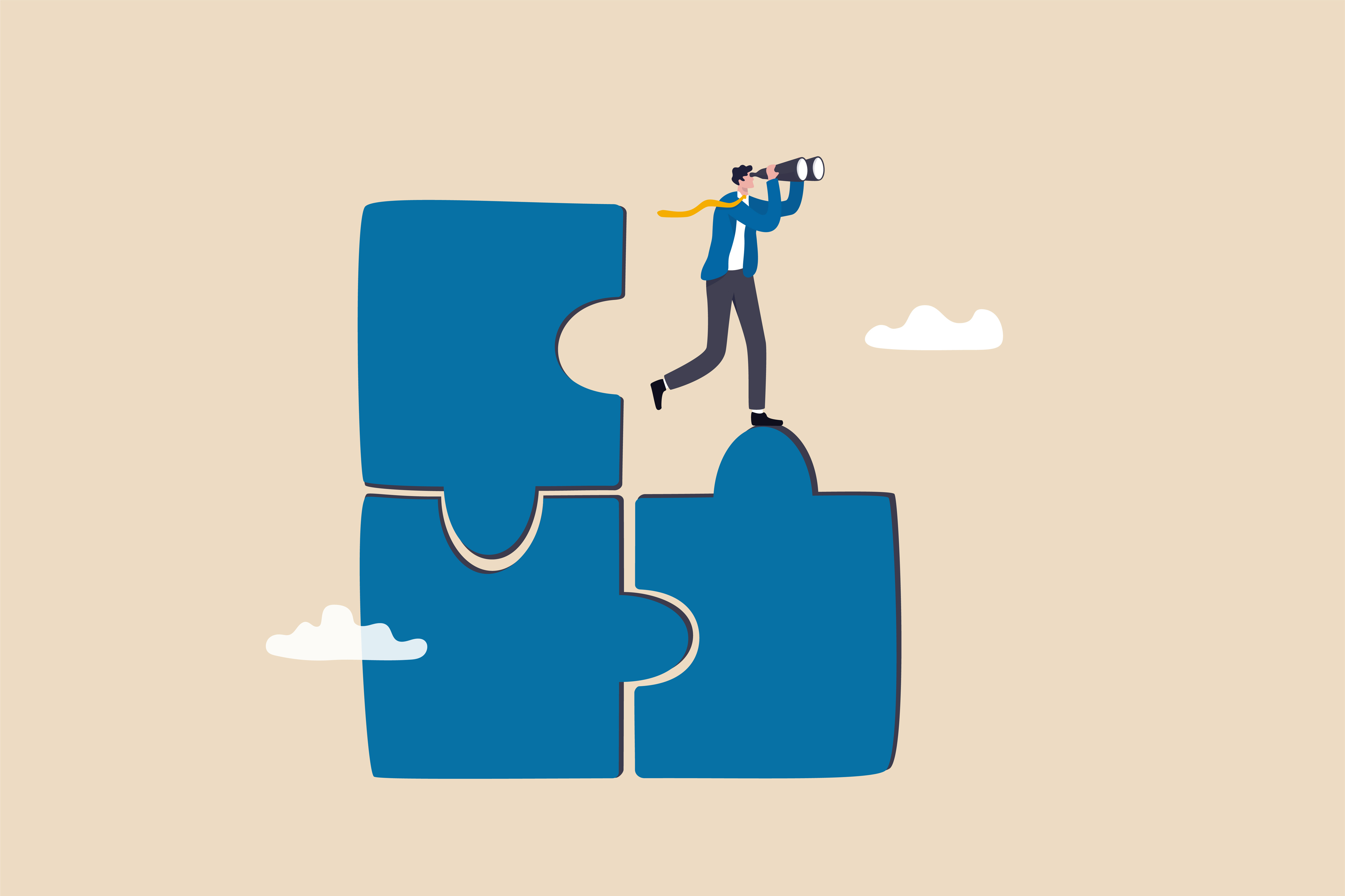 This blog was originally published on June 8, 2022, on Notorious PLG.

It’s been thoroughly discussed recently that PLG does not mean “no sales team” - for most companies, PLG can build a self-serve revenue stream of course, but the bigger prize is the super spicy product-qualified “leads” that are generated from PLG users within larger businesses that be upsold to larger paid/team and eventually enterprise contracts. A slew of businesses like Pocus, Correlated, Groundswell, and Endgame have popped up recently to let sales teams know to when to reach out to start a larger sales conversation - but there’s not much guidance/tech out there on what to reach out with - ie what kind of content/evidence are you going to show to convince a buyer to upgrade to an enterprise license? Let’s introduce a missing metric in PLG - Speed to Initial Evidence (SpIE).  You can’t sell a bigger/enterprise license unless you can prove your case to a more senior decision maker that the current users in her organization are getting strong value from the product. The strength of that case matters. How quickly you can put together that case matters. The difference between upsell in 1 month vs upsell in 5 months for many PLG startup CEOs is the difference between a big series A/B from Sequoia or applying for a product manager role at Google.

Currently the ways sales/marketing teams put together a case/story on the value current users are getting are - A) showing some aggregated/obfuscated “usage” data - e.g. “you have 19 users across these teams, broadly using the product for these use-cases, and they seem to like it”, B) (If a sales/success team has the ability to directly communicate with users) asking for happy users to be “advocates” internally, who can assist with intros and act as references in a bigger enterprise sales effort, or C) Doing a more formal case study - going through legal/pr approvals, design etc, to get a traditional PDF case study that could be used to cross-sell into other business units at a large account (e.g. GE, IBM, Verizon)

Usage data (A above) is an important piece of evidence in the effort to prove that early users are getting value and seeing success, but it only tells part of the story.  Explicit feedback and success stories directly from those users/advocates (B+C) is the other critical piece.

This should be a fairly obvious statement – but if I’m an enterprise seller in a PLG company, if I have some great soundbites and stories from existing users in an account, it will be a lot easier to sell an enterprise license or cross-sell in that account. Let’s call these soundbites and stories intra-account evidence. It follows that if you had good intra-account evidence earlier rather than later (ie a faster SpIE), it would allow you to cross-sell and up-sell faster after the initial PLG engagement.

This implies a big long effort w/ a lot of work and scares people off.  Position the ask more as quick feedback. Use existing channels/paradigms like Net Promoter Score (NPS) and feedback surveys that are commonplace with SaaS apps to also ask questions to extract marketable soundbites (e.g. “what kind of value have you seen from using the tool?”)

2. Give Users/Respondents the Option to Remain Anonymous

Some users are more comfortable sharing feedback w/o their name attached.  Here’s an example of a testimonial we used from an anonymous user in a subsidiary to quickly upsell an enterprise license to the parent company. 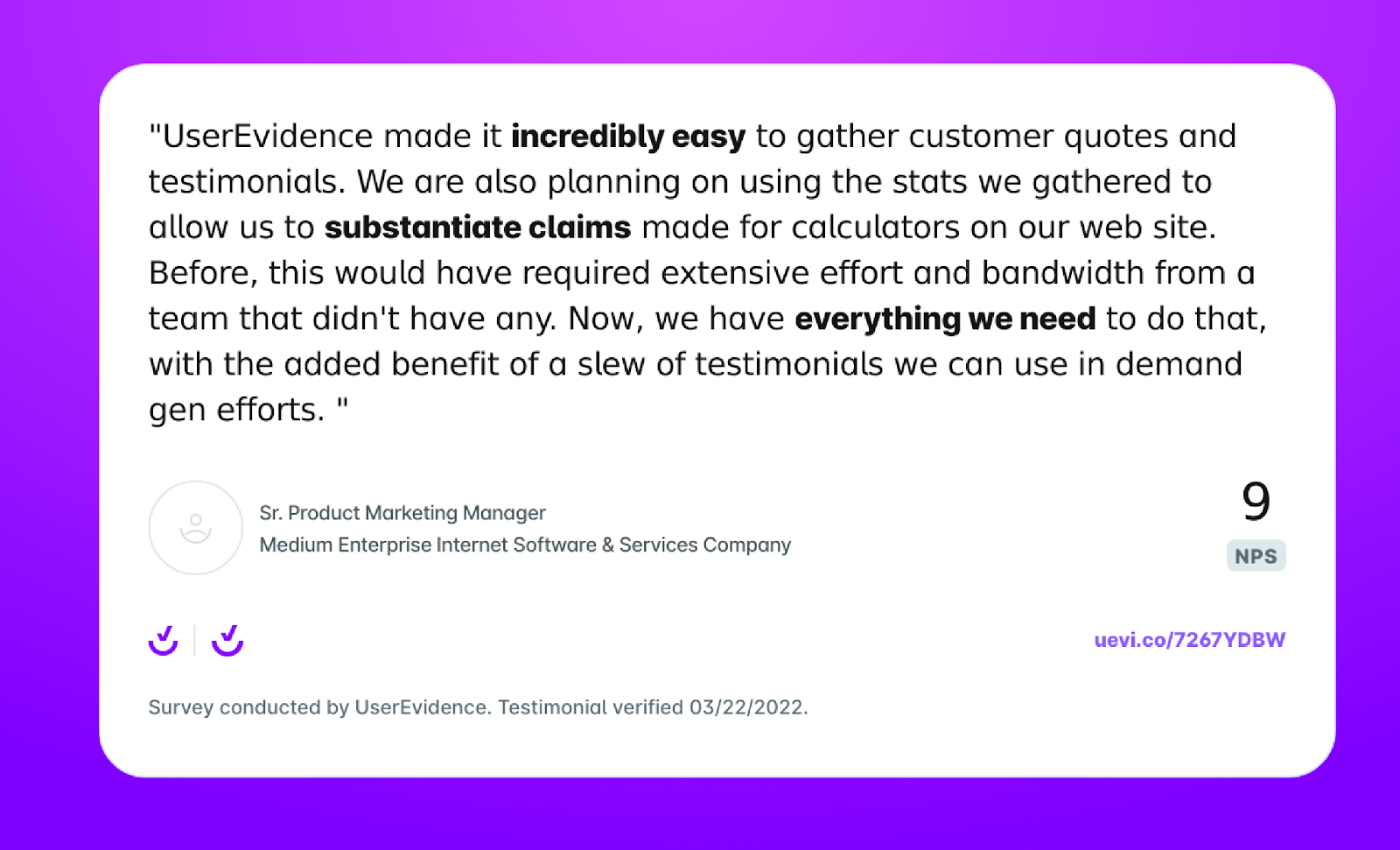 One positive data point is a good start, but you paint a much more compelling picture of success/value within an account to a decision-maker if you can demonstrate widespread success and adoption across many and different types/levels of users.

4. Collect Feedback at Opportune Moments in the Customer Journey

Don’t just ask for feedback once a year, or at the end of a trial.  User happiness ebbs and flows, and users also join and leave companies.  Use triggers, in-app pop-ups, and customer support/success interactions to deliver requests for positive feedback immediately after you’ve delivered a valuable interaction.

5. Control the Presentation of the Story

Cherry-pick the positive soundbites to present a rosier picture of account health.